It seems that Nike still has the go-ahead to sell some Kobe Bryant sneakers, despite the current uproar around the leaked pairs of the Kobe 6 “Mamba Mentality.” On June 11th, Nike will reintroduce the “POP,” also known as the “Playoff Pack,” in its original white, del sol, and black colorway. The Black Mamba made its debut in this colorway during the 2011 Playoffs, giving rise to the simple nickname that has endured to this day. The Kobe 6 Protro in question is the black-based “Del Sol” colorway, which essentially serves as a “Away” element to these.

Since their last agreement expired in April, Nike and the Kobe Bryant estate have yet to make an announcement on a new one, but it is certain that some Kobe sneakers will still be released. Along with this pair, there is also PJ Tucker’s newly disclosed PE and the special version created for the 2021 EYBL circuit that could eventually be made available. The future of the collaboration between the Kobe Bryant estate and the Swoosh is what will ultimately determine whether or not there will be other Kobe releases beyond the Kobe 6 “POP.” 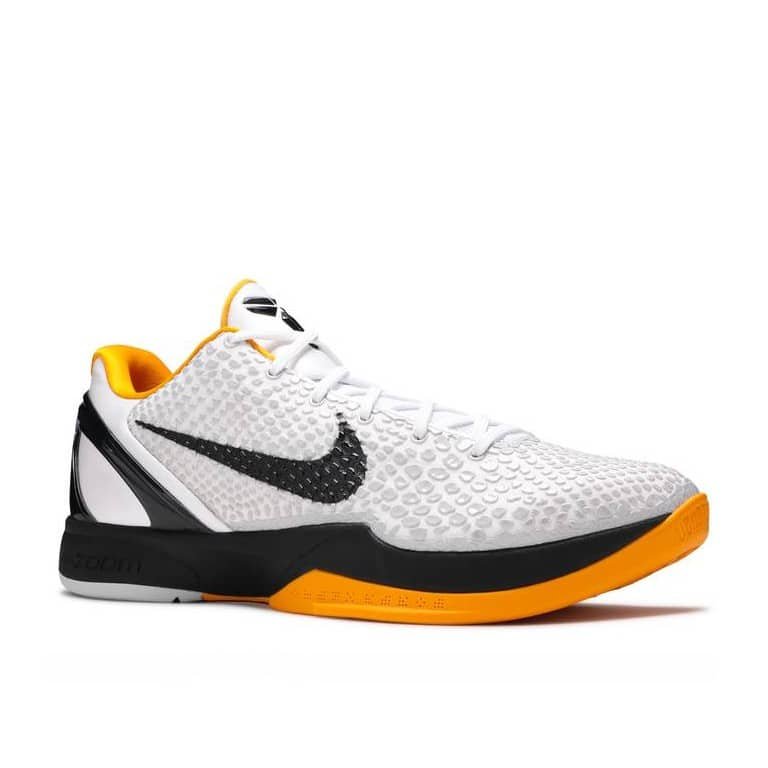